Last weekend my sisters and I visited my parents in Little Rock  When I told them about how much fun I've had viewing all the beautiful tables posted for Tablescape Thursday at Susan's Between Naps on the Porch, they were at first alarmed at my enthusiasm and ready to stage an intervention.  Once I began playing with Mama's dishes, though, they soon became my helpers!  My mother has two Castleton china patterns, Ma Lin and Mayfair.  My father's parents owned a jewelry and gift store in the 1940s and 1950s, so she was able to choose from those they kept in stock when she married.  This week, I'm showing a table set with the Ma Lin pattern. 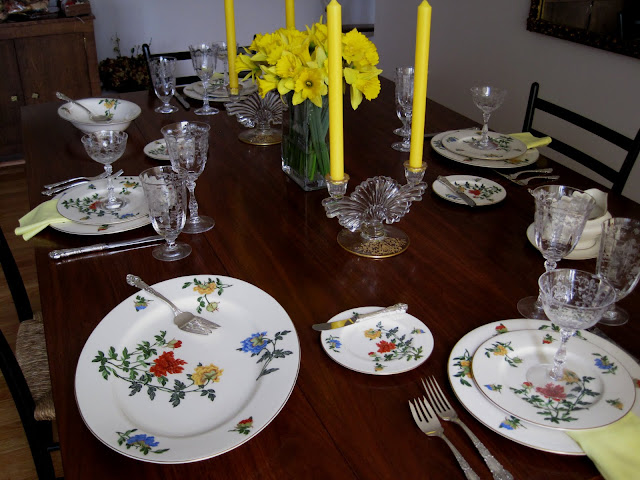 The table also includes Mama's crystal, Fostoria Navarre, and silver, Reed & Barton French Renaissance. I LOVE this crystal pattern! The shape of the stem is lovely, and the etched pattern is beautiful. 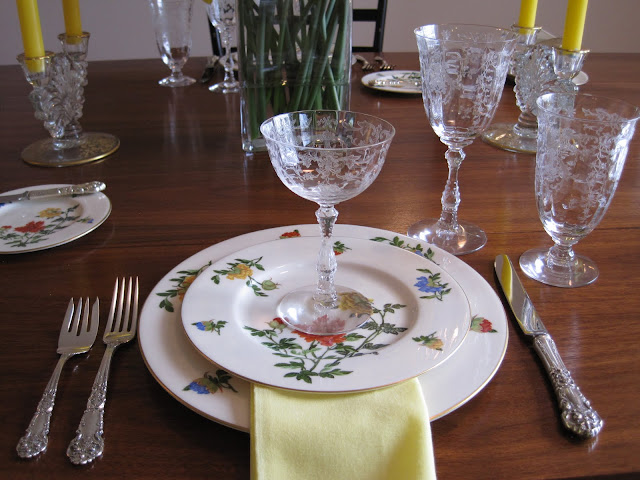 Here's a closer look at the salad plate. 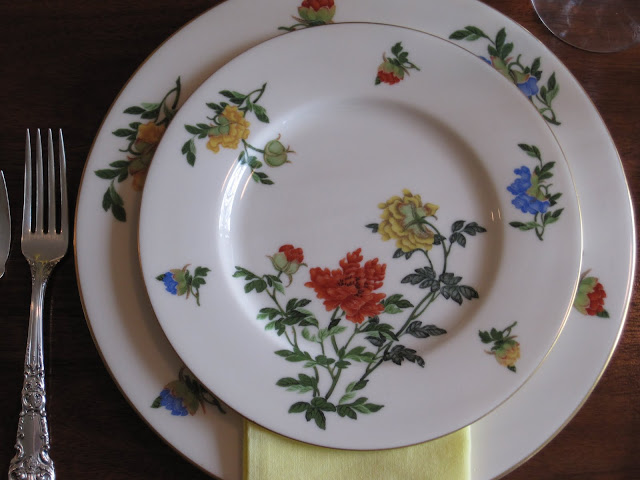 I love this colorful pattern -- so modern looking for one chosen by a bride in 1951!  It will work with napkins and flowers in several different colors. 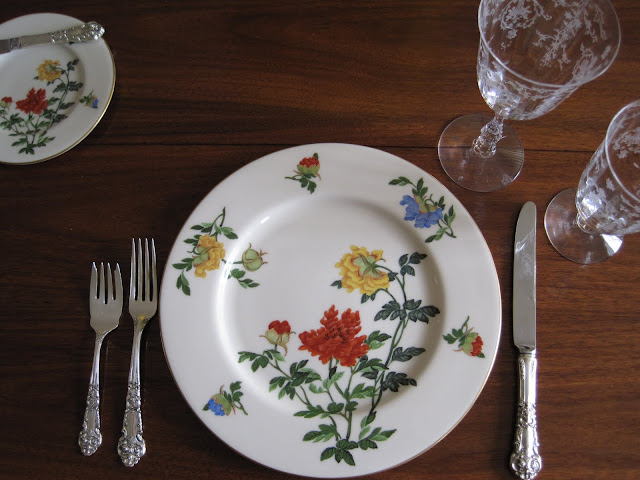 Here's a "rim shot" showing the gold trim on the edges. 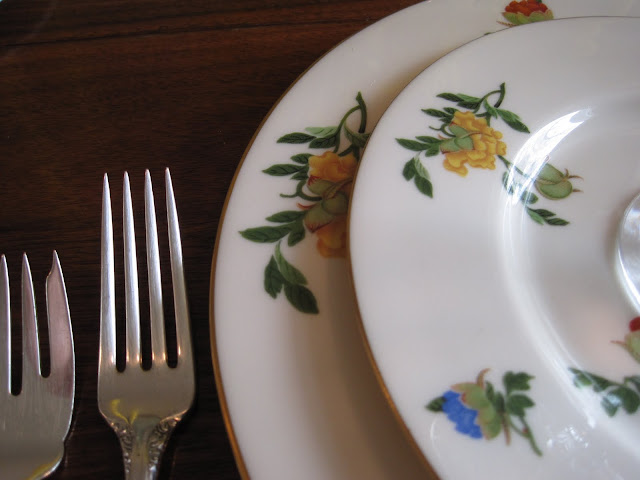 Here's a teacup.  I love patterns that include a design inside the cup. 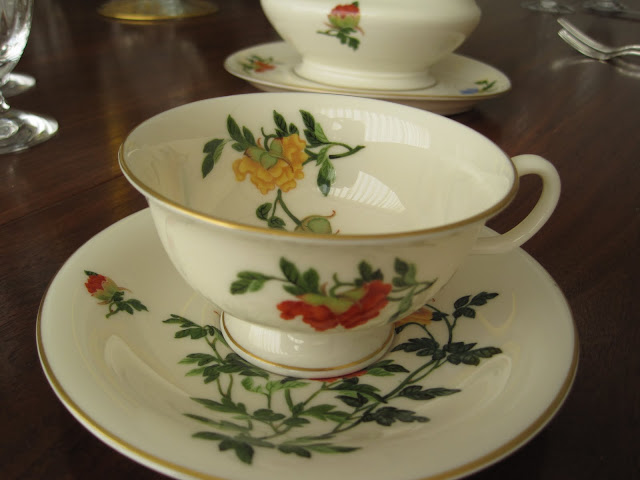 The centerpiece includes a glass vase of daffodils (three bunches for $5 at Whole Foods!) and yellow candles in Mama's Fostoria double candleholders. 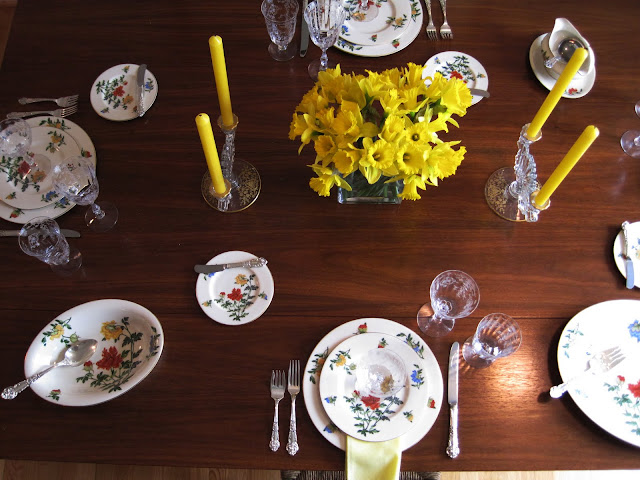 Just for fun, and to add an Easter touch, we added nests of green shredded paper with pastel M&M peanut "eggs." I copied this idea from an earlier Tablescape Thursday post from Marsha at  Marsha's Mpressions. 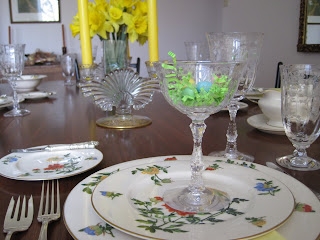 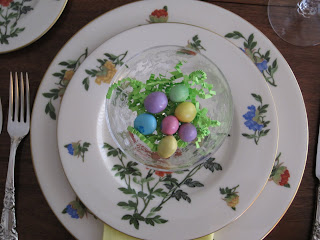 I hope you've enjoyed seeing Mama's Ma Lin pattern. I'll show her other Castleton pattern in a future post. Be sure to check out the other beautiful tablescapes at Between Naps on the Porch.