While visiting blogs a couple of days ago, I ran across ANTIQUECHASE's post on succulents and silver.  I had seen this idea before -- maybe on that same blog -- but I wanted to give it a try.  I knew I had some old tarnished pieces, so went in search of a few.  The first piece I spotted was black with tarnish, so I decided to shine it up a bit.  I had tried polishing this double vegetable dish without success a year or so ago.  At one point, it had apparently been wrapped in plastic wrap -- a big no-no for silver -- and small bits were adhered to it, seemingly permanently.  BUT!  I recently discovered a great blog called Silver Magpies that gives tips for caring for silver.  As recommended, I soaked the dish in very hot water -- three times -- then used silver polish and a lot of elbow grease.  The polish recommended on Silver Magpies is Goddards, and now I can also recommend it highly!  Anyway, here is a "before" photo. 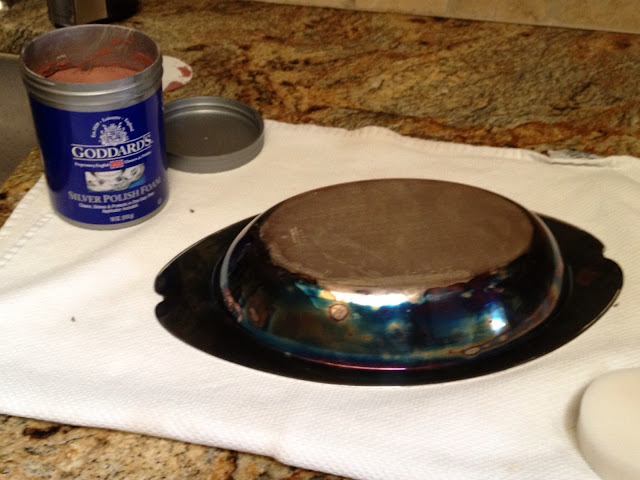 On the bottom of the dish I noticed some hallmarks, so I copied them and looked them up online.  I found an interesting website with information about hallmarks on silver holloware.  I learned that Reed and Barton used small symbols in their hallmarks to indicate which year pieces were made.  Mine had a tiny bell on it, indicating it was made in 1951. 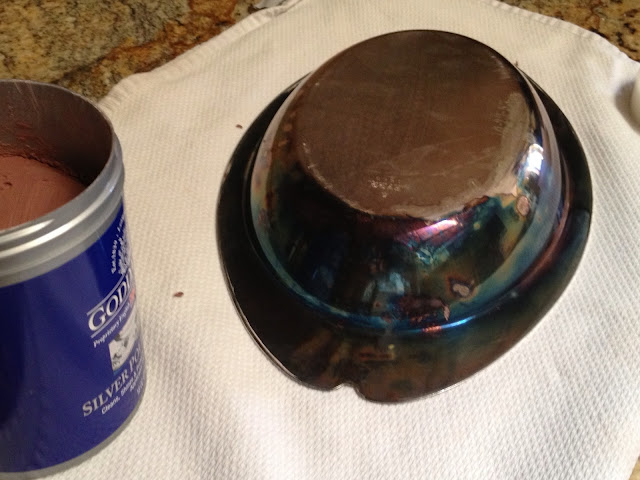 Engraved on the bottom is my birthdate, because the dish was a thank-you gift from my paternal grandparents to the nurse who assisted Dr. Jake (my great-uncle) and Dr. Charles (my second cousin), who presided over my birth.  (My grandfather was a jeweler and did the engraving himself.) Years later, when she was clearing out her house, she gave the dish to my parents, who passed it along to me.  Now I realize this lets everyone know EXACTLY how old I am, but it's such a great story I don't mind (much). 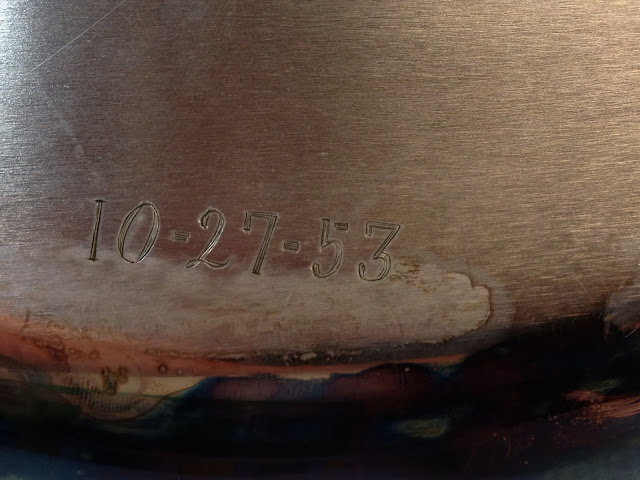 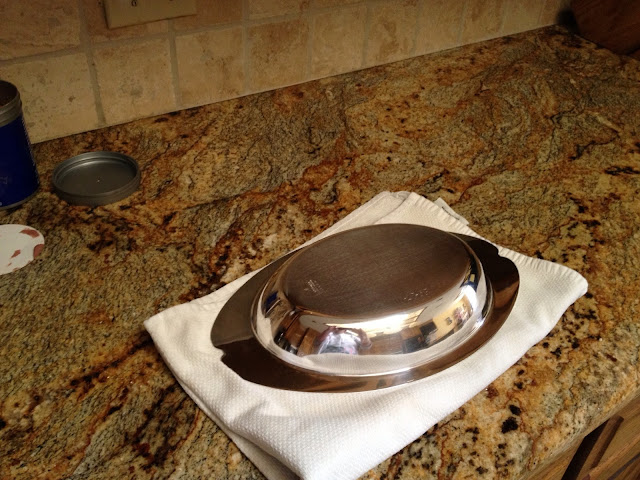 I caught a panoramic view of my kitchen in the reflection -- as well as the photographer. 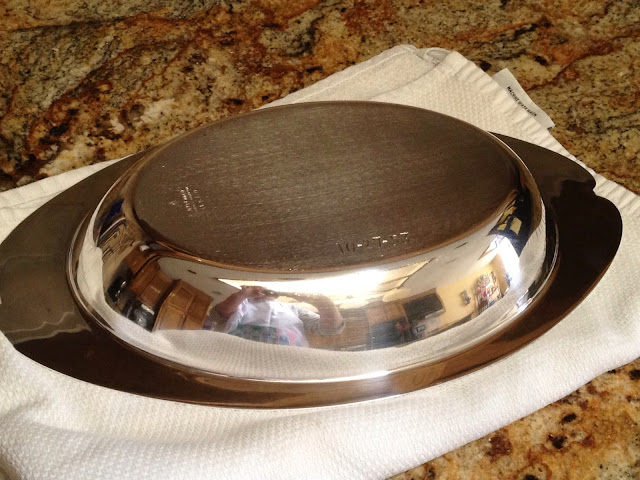 Here's the dish right-side up with the lid.  Now that it's so nice and shiny -- not to mention the sentimental value -- I think I'd better find something else for my succulents! 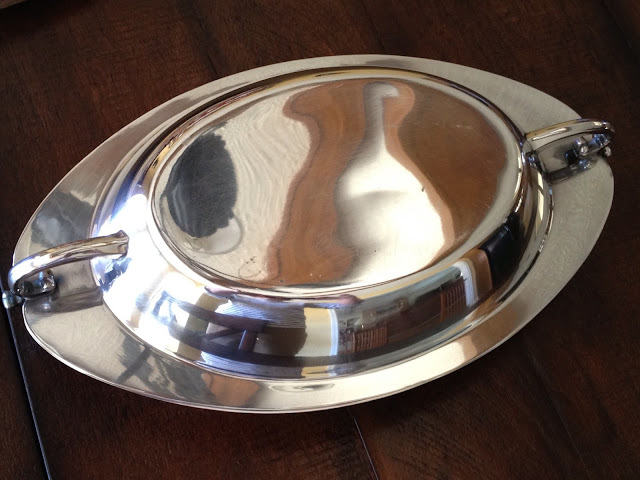 I have two more similar dishes, both in need of polishing, so stay tuned!

I will be linking to Metamorphosis Monday at Between Naps on the Porch.
Posted by Tricia