A New Look for Old China

The inspiration for this table came from the March-April issue of Southern Lady magazine.  I had never bought that magazine before, but after browsing through it in the store, I discovered that it included a lot of things that interest me.  Who knew I was a Southern lady?  I mean, I AM Southern -- an Arkansas native who has lived in four other southern states  -- and most of the time I TRY to act like a lady, but my image of myself doesn't exactly match the real Southern ladies I know.

ANYWAY.  The magazine had a feature titled, "A New Look for Old China."  As I read further, I realized that MY wedding china -- selected in 1972 --  is considered old.  All of the featured tablesettings paired patterns from the 60s, 70s, and even 80s (weren't they just a couple of years ago?) with modern elements to update them.  Here's the photo that caught my eye, as it most closely resembles my Lenox pattern. 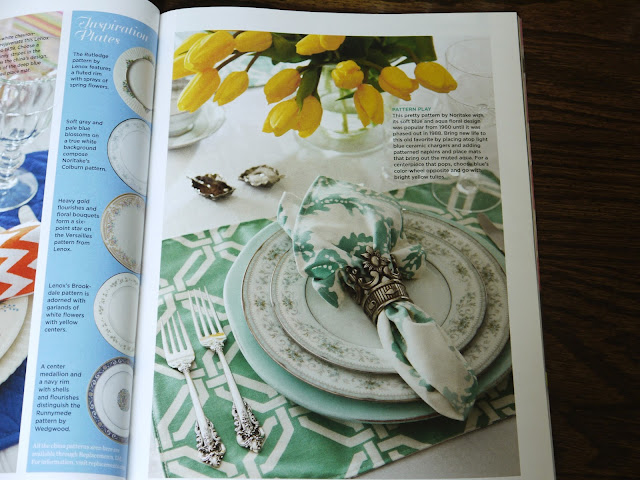 I really liked the combination of geometric-patterned linens with the "old" china, so I set out to look for some to go with my china.  After failing to find any ready-made placemats in the right colors, I went to Joann's and found some fabric that I liked.  I cut it to size and hemmed the edges of two table runners and four napkins. Here is the table I set with the new linens. 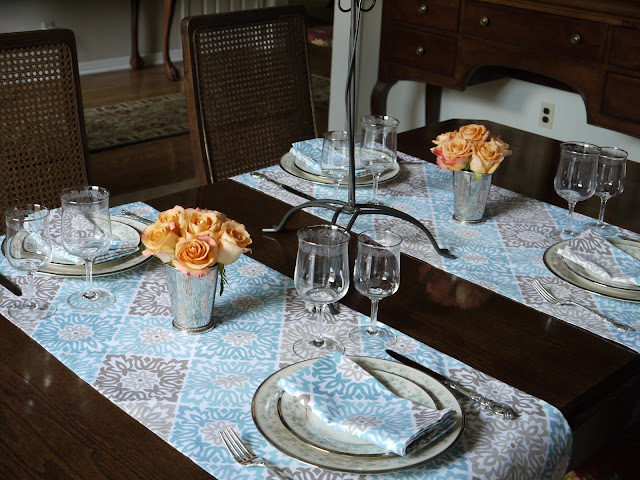 Here's the placesetting with my Lenox Windsong china and Lunt Belvedere silver. 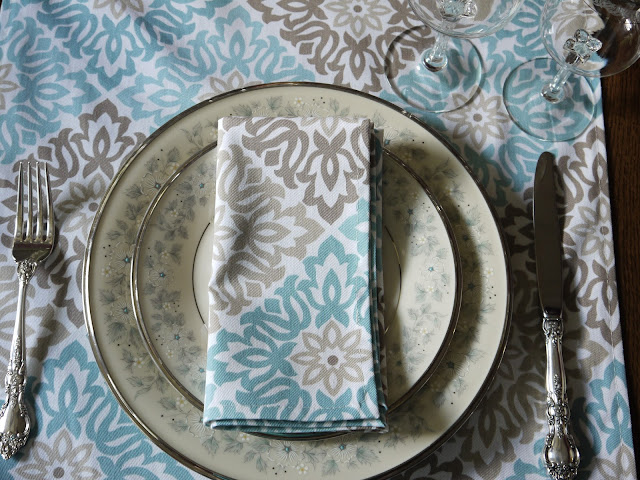 Here's a close-up of the pattern.  The turquoise blues in the fabric are a good match for the center of the flower in the plate borders. 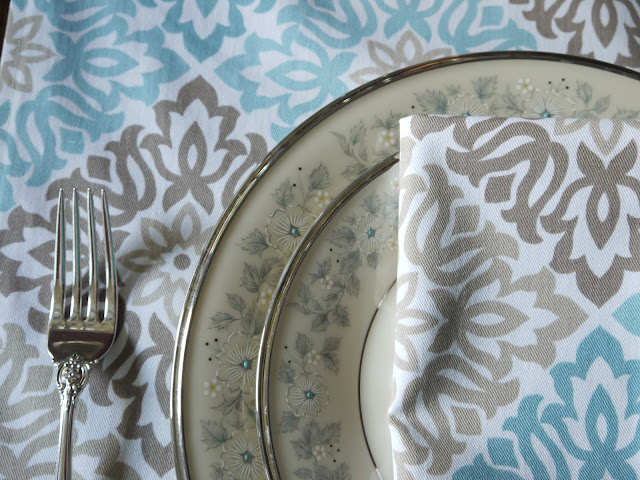 Peach roses in julep cups made a nice contrast for the turquoise blue.  My crystal is "old," too -- Lenox Moonspun, a pattern I share with several of my favorite bloggers who married around the same time. 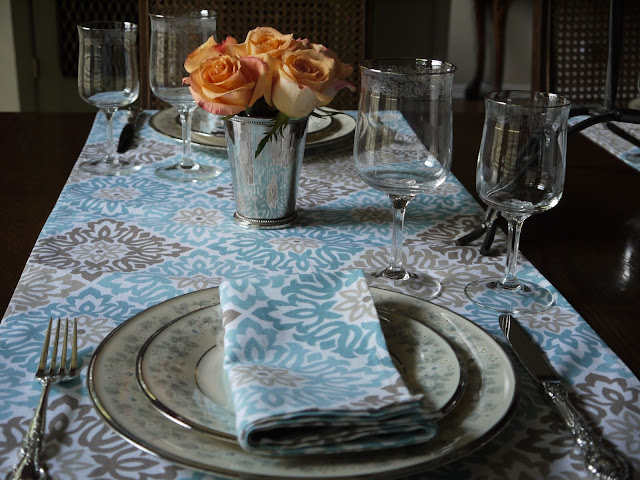 I like the reflected pattern in the julep cup! 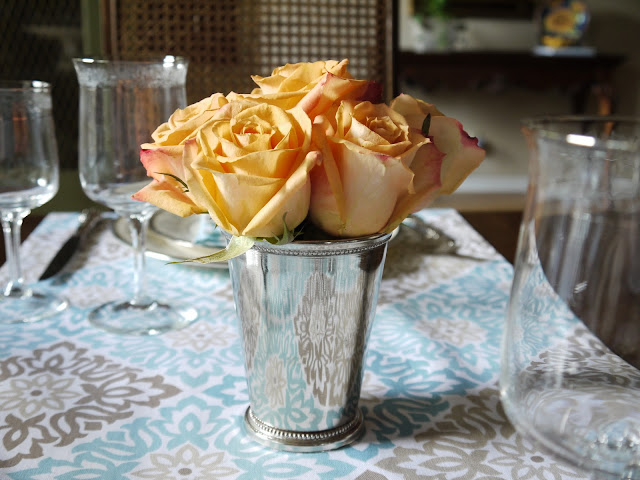 Another view of the table.

The wonderful candelabra was a surprise gift from my husband, who spotted it in a catalog and thought I needed it.  It adds another modern touch to a table set with old china! 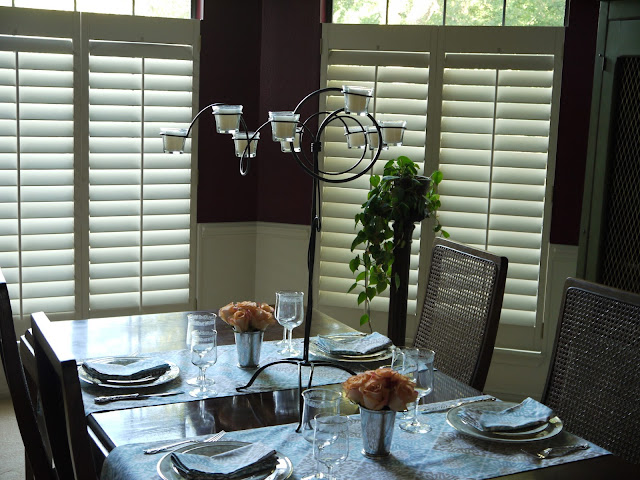 Thanks, Southern Lady magazine for the inspiration!  I'm over being insulted by learning my china -- and I -- are old.  Mostly.

I will be linking to Cuisine Kathleen's Let's Dish and Between Naps on the Porch, so be sure to stop by to see many pretty tablescapes!
Posted by Tricia