Start with a Purple Glass

It all started when I saw some pretty purple glasses in the clearance pages of a Ballard Design catalog.  They were marked way down, plus I had a coupon, so I ordered them.  They arrived in just a few days, and they were even prettier in person.  If you look closely, you can see the pattern includes a crown. 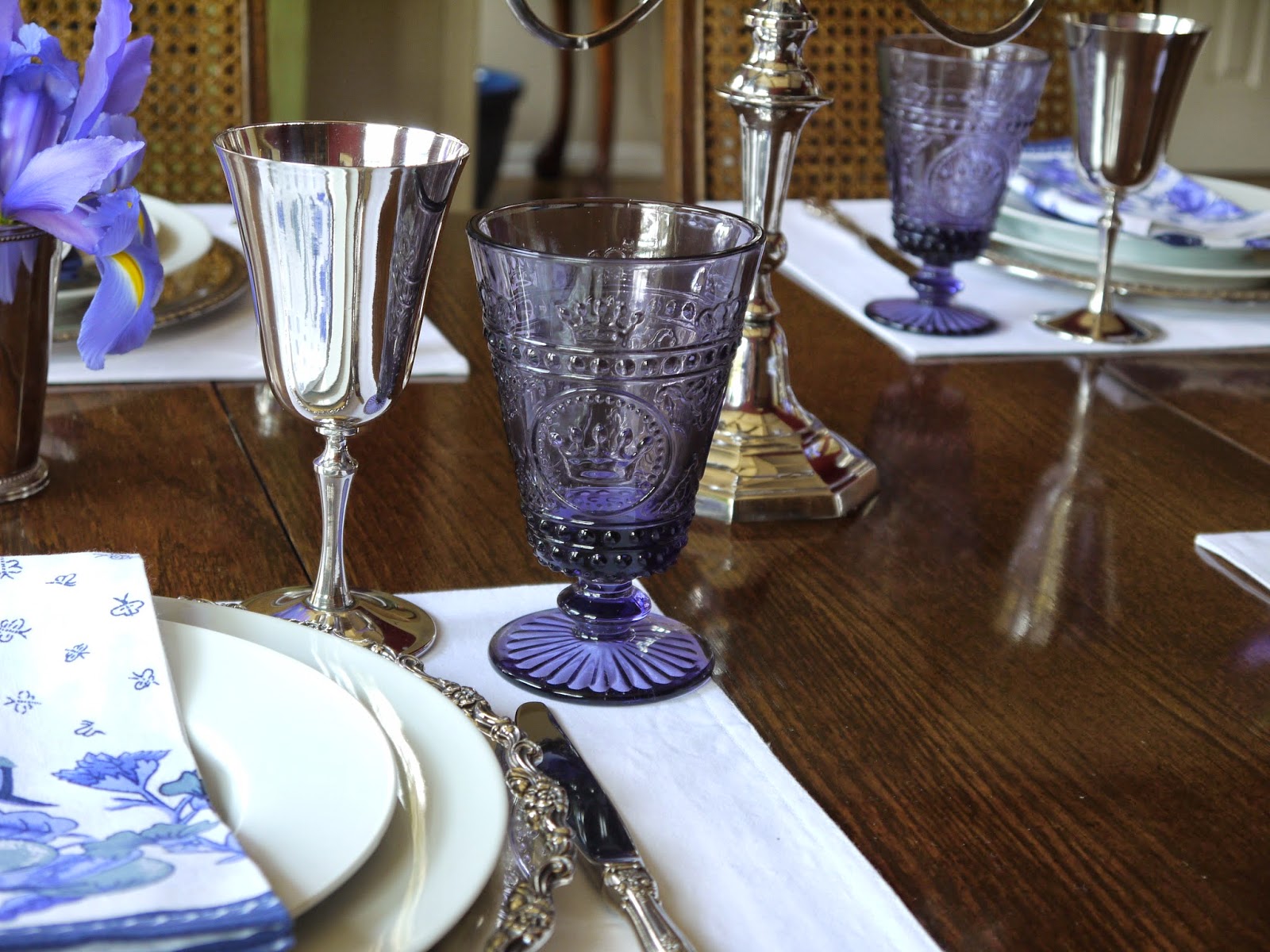 I asked my husband to bring home some purple flowers from the grocery store, and he obliged, selecting these lovely Dutch iris. 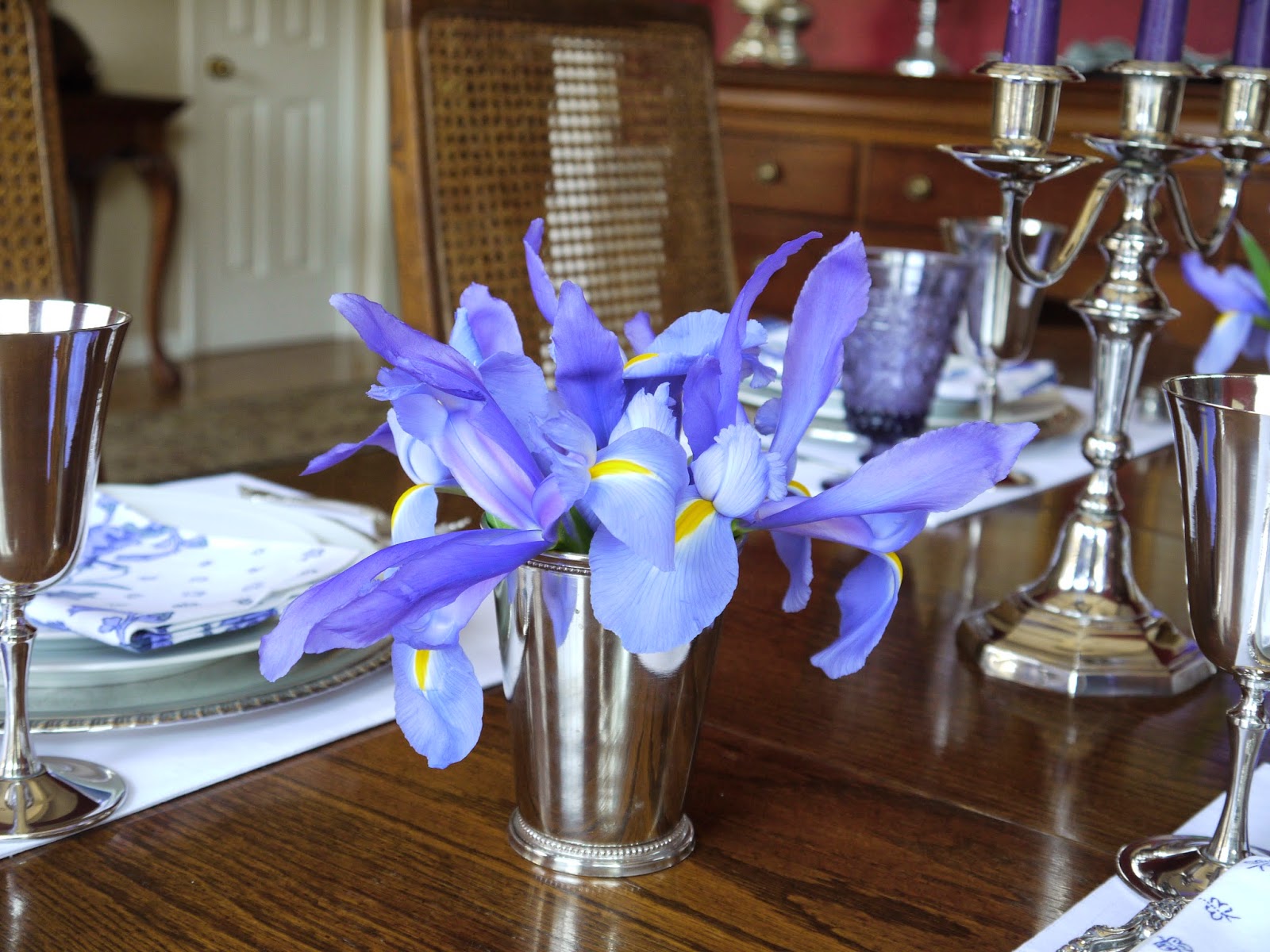 I tried several combinations of china patterns and placemats and even briefly considered ironing a giant white tablecloth before I came to my senses.  I only have one set of napkins in my stash that includes a little purple, and no other linens in the "right" purple, so I finally settled on using the plain white backside of some placemats. 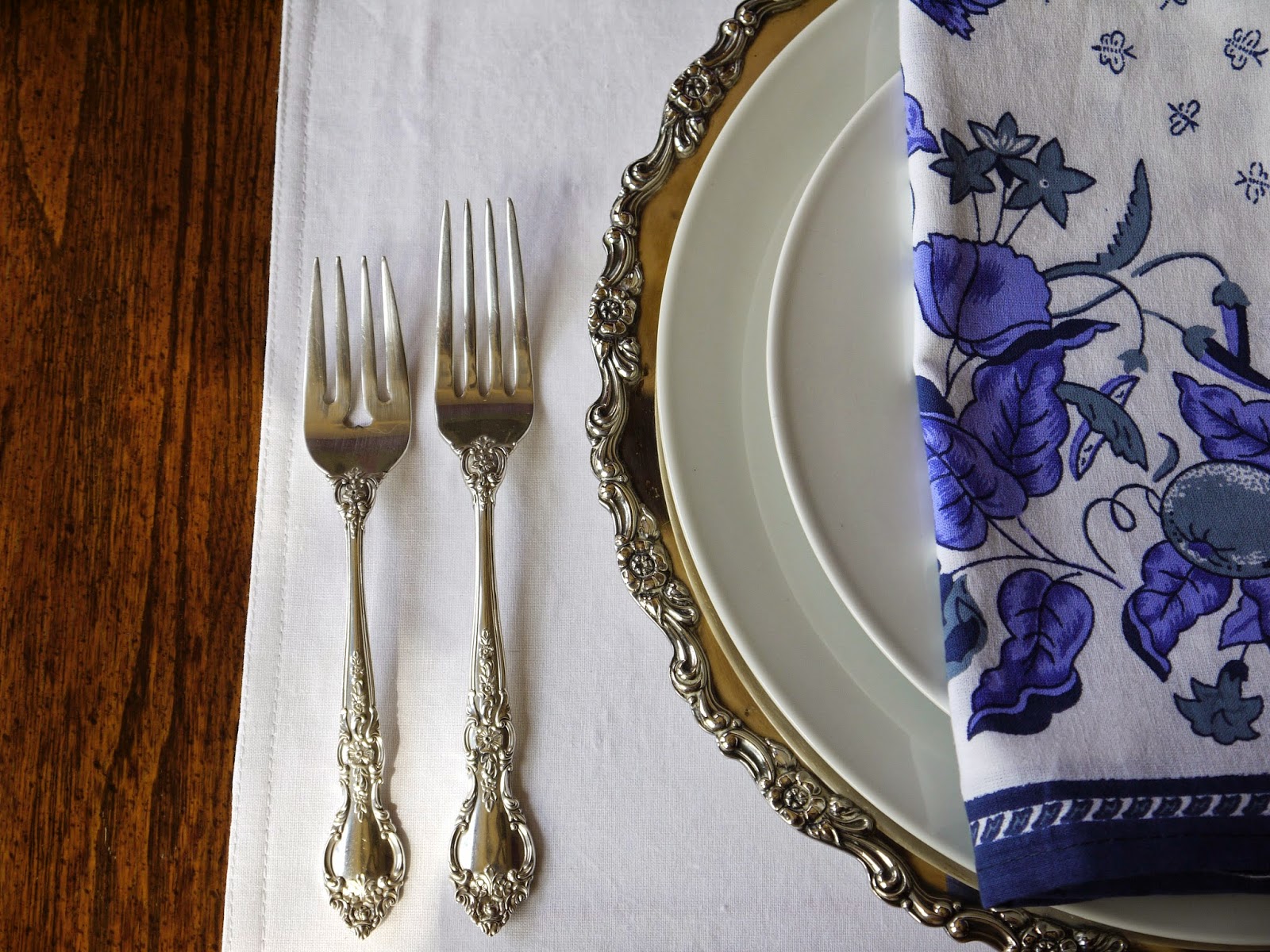 I used plain white plates set on silver chargers -- really silver trays we received as wedding gifts.  Each one is a little different. 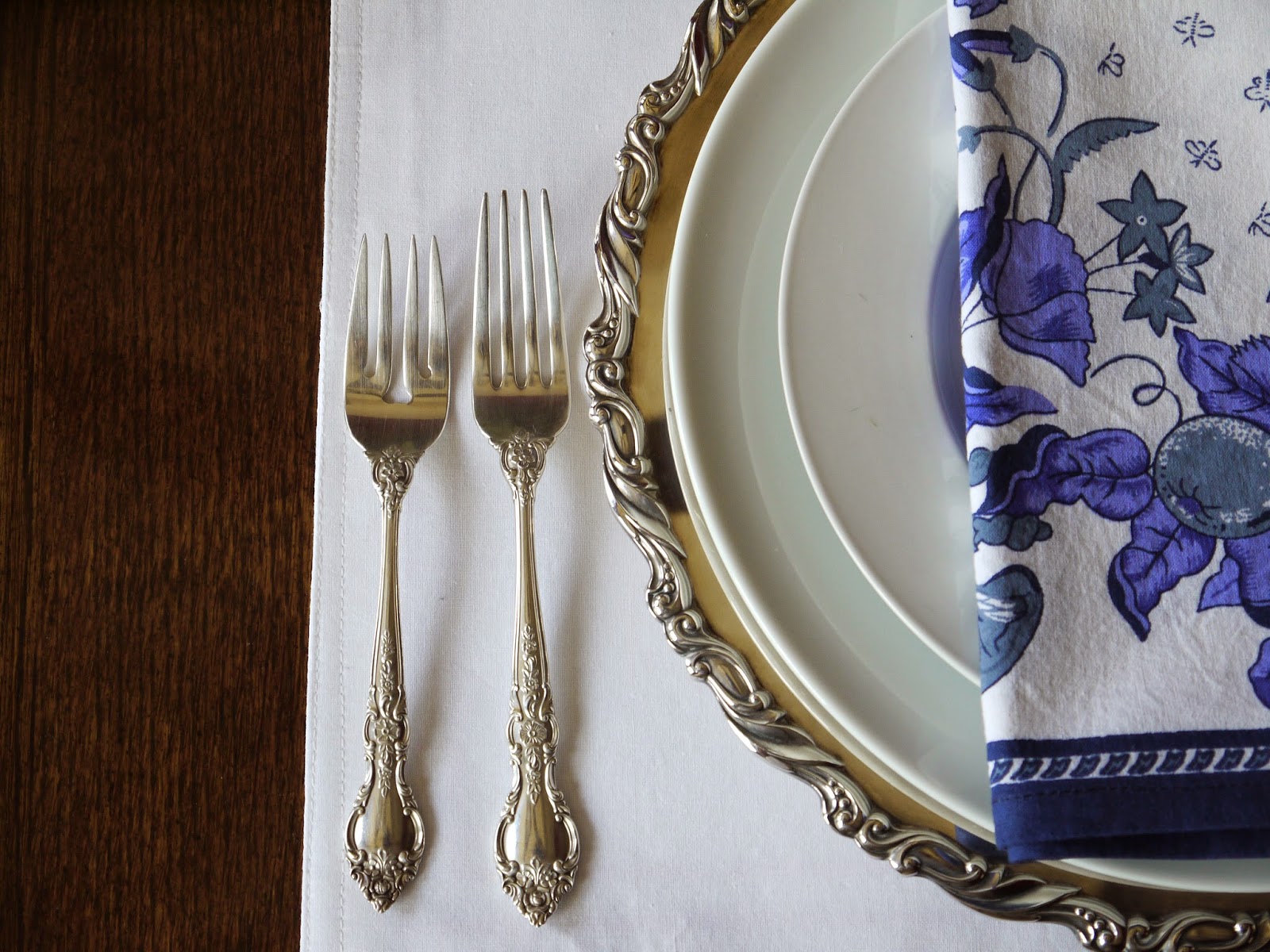 Silver was apparently a LOT less expensive way back in 1972, because we received a lot of it!  Over the years my trays have played a role in many receptions, bridal and baby showers, etc. 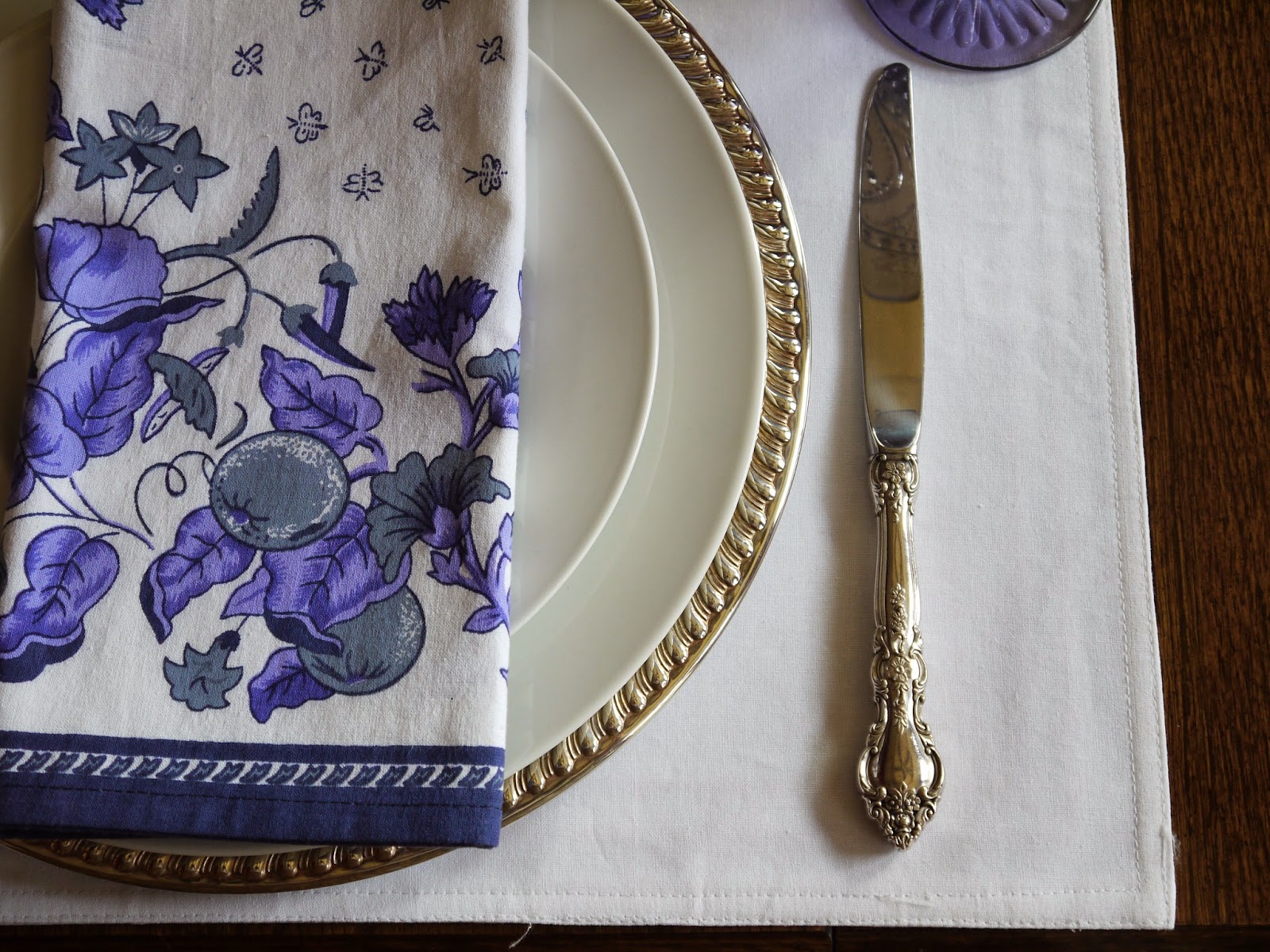 Once I settled on using the silver trays as chargers, I pulled out more silver to continue the theme.  The silver goblets were also wedding gifts. 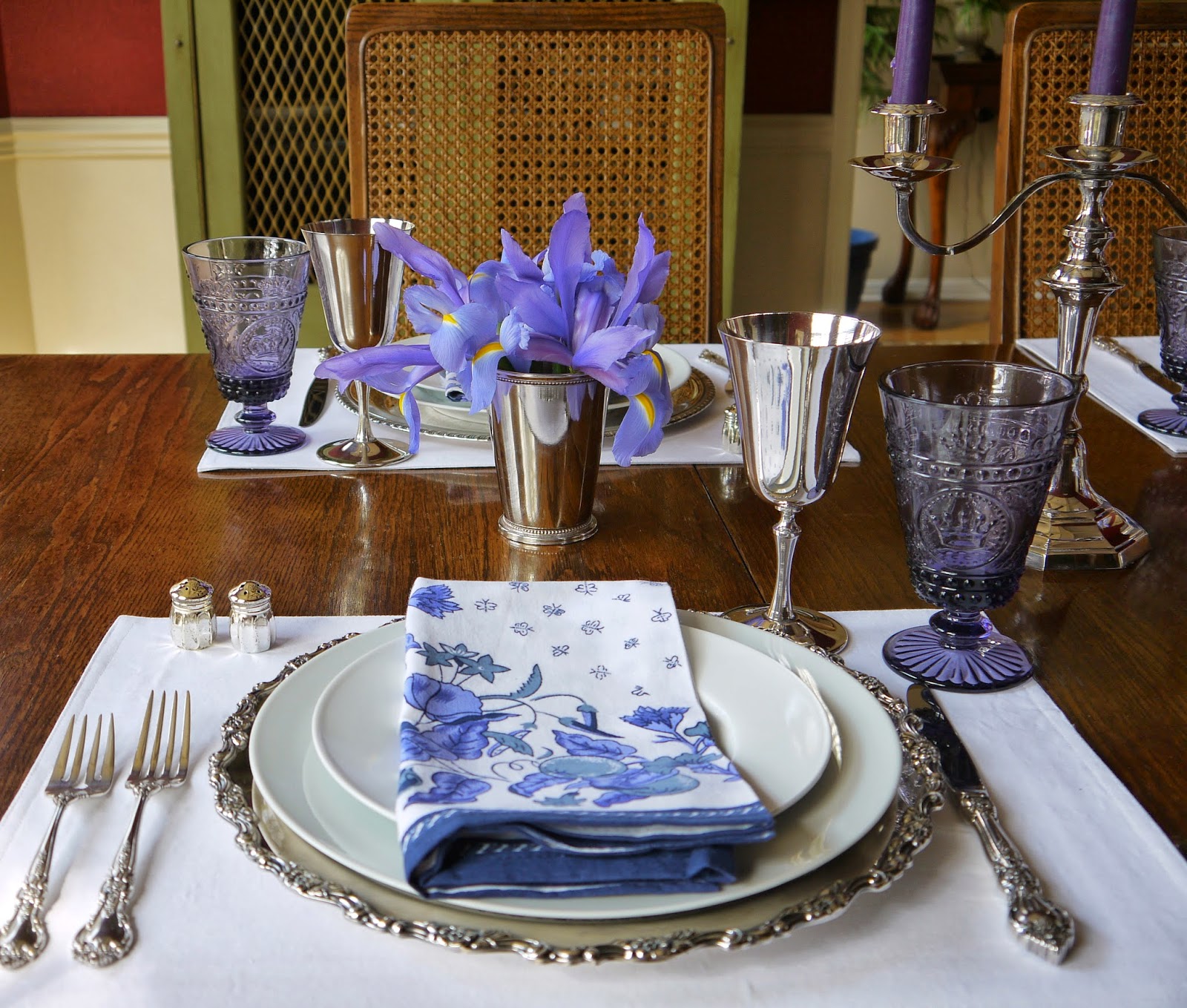 The tiny salt and pepper shakers belonged to my in-laws.  Aren't they sweet? 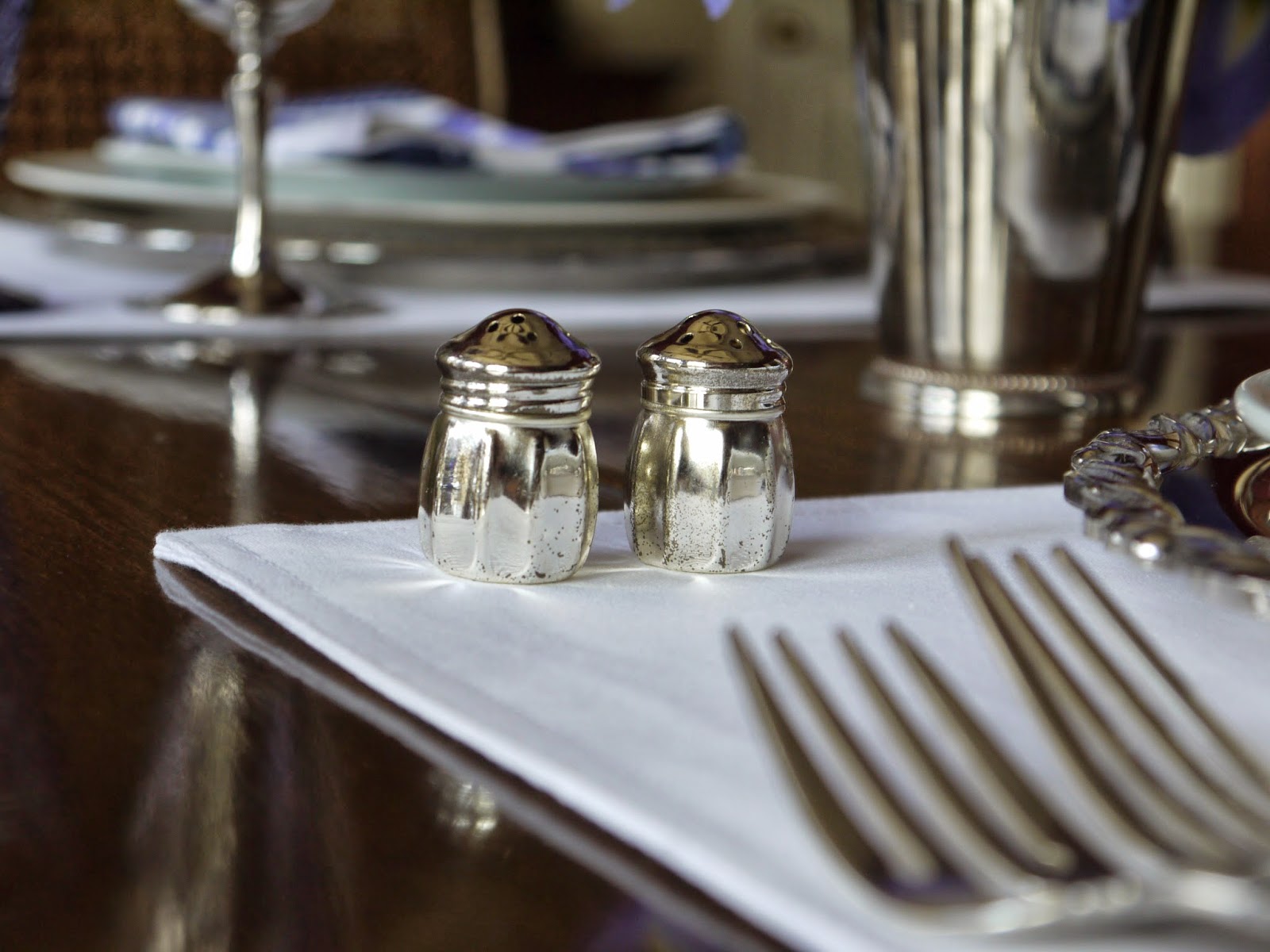 I happened to remember some purple candles, left from our Advent wreath, so after a quick polish of the candelabra, the centerpiece was complete. 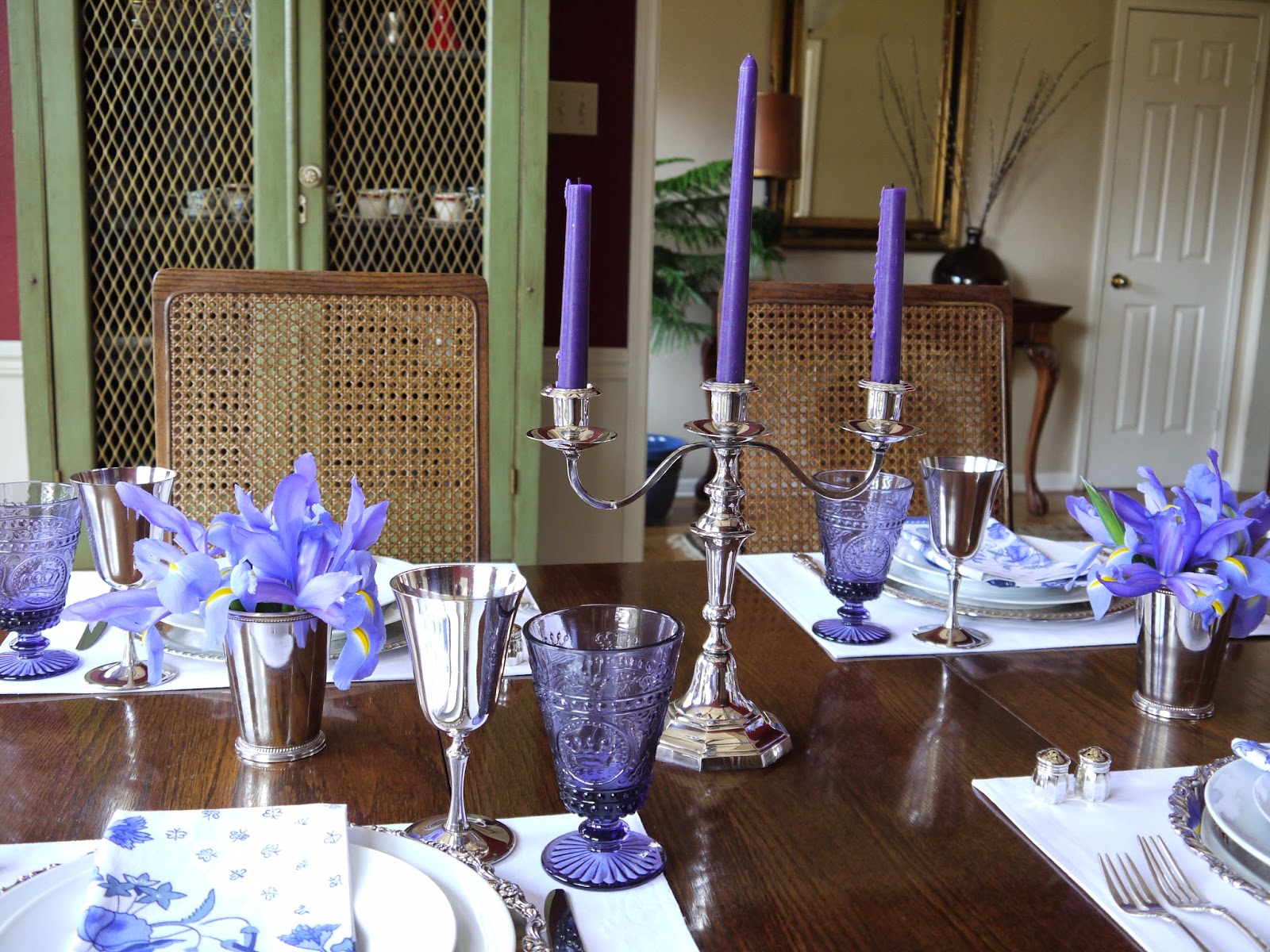 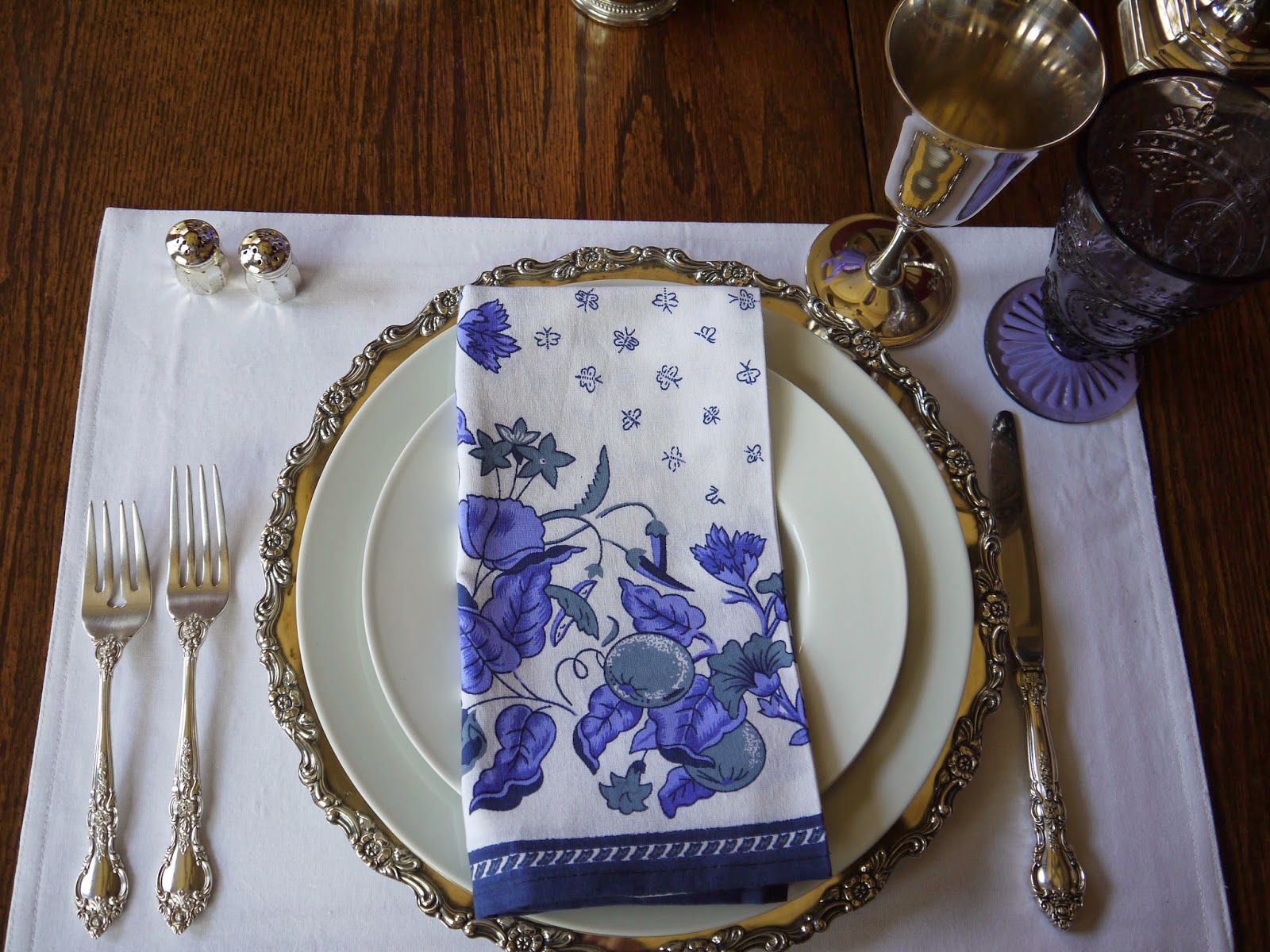 And here are a few views of the table. 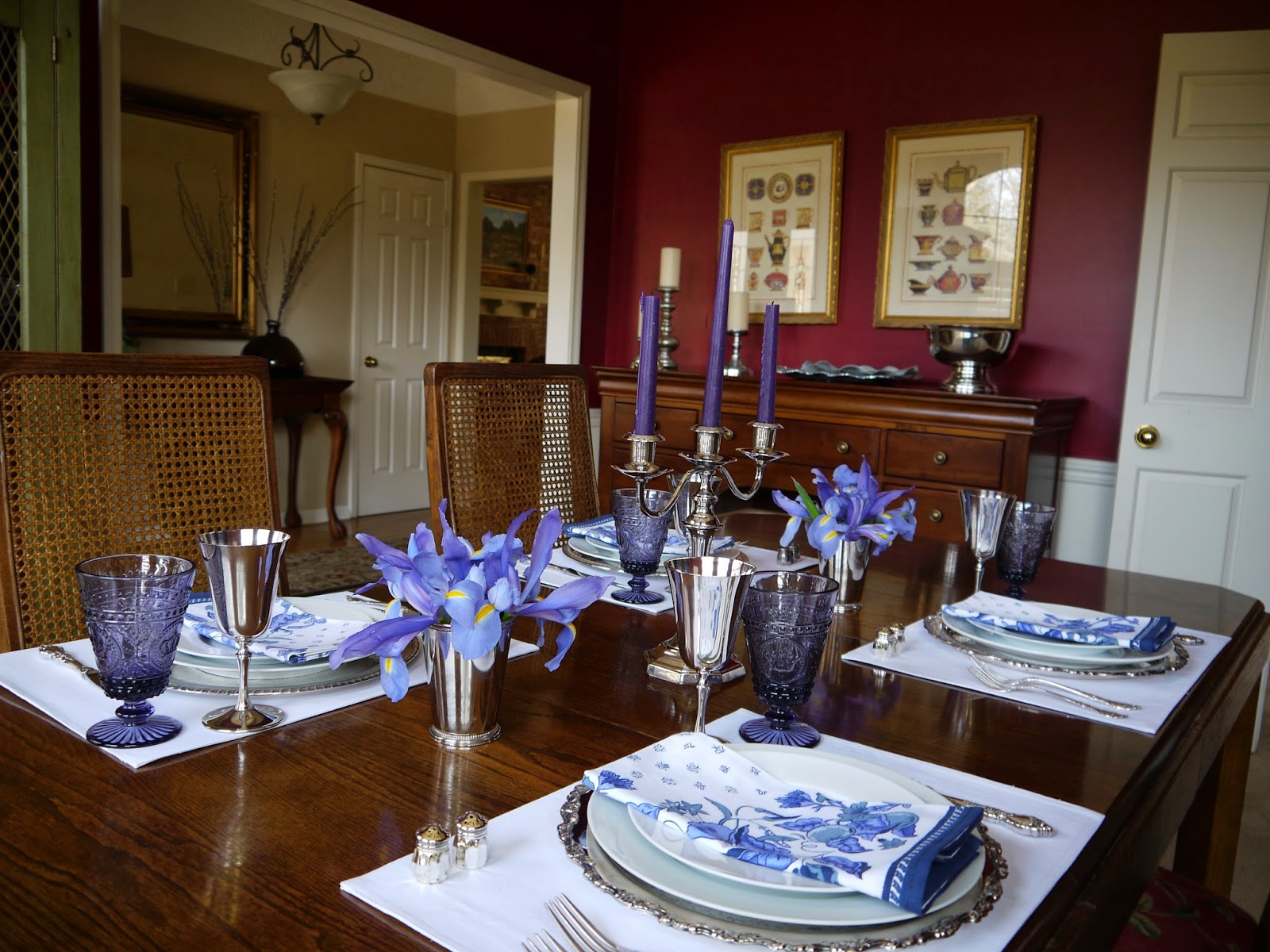 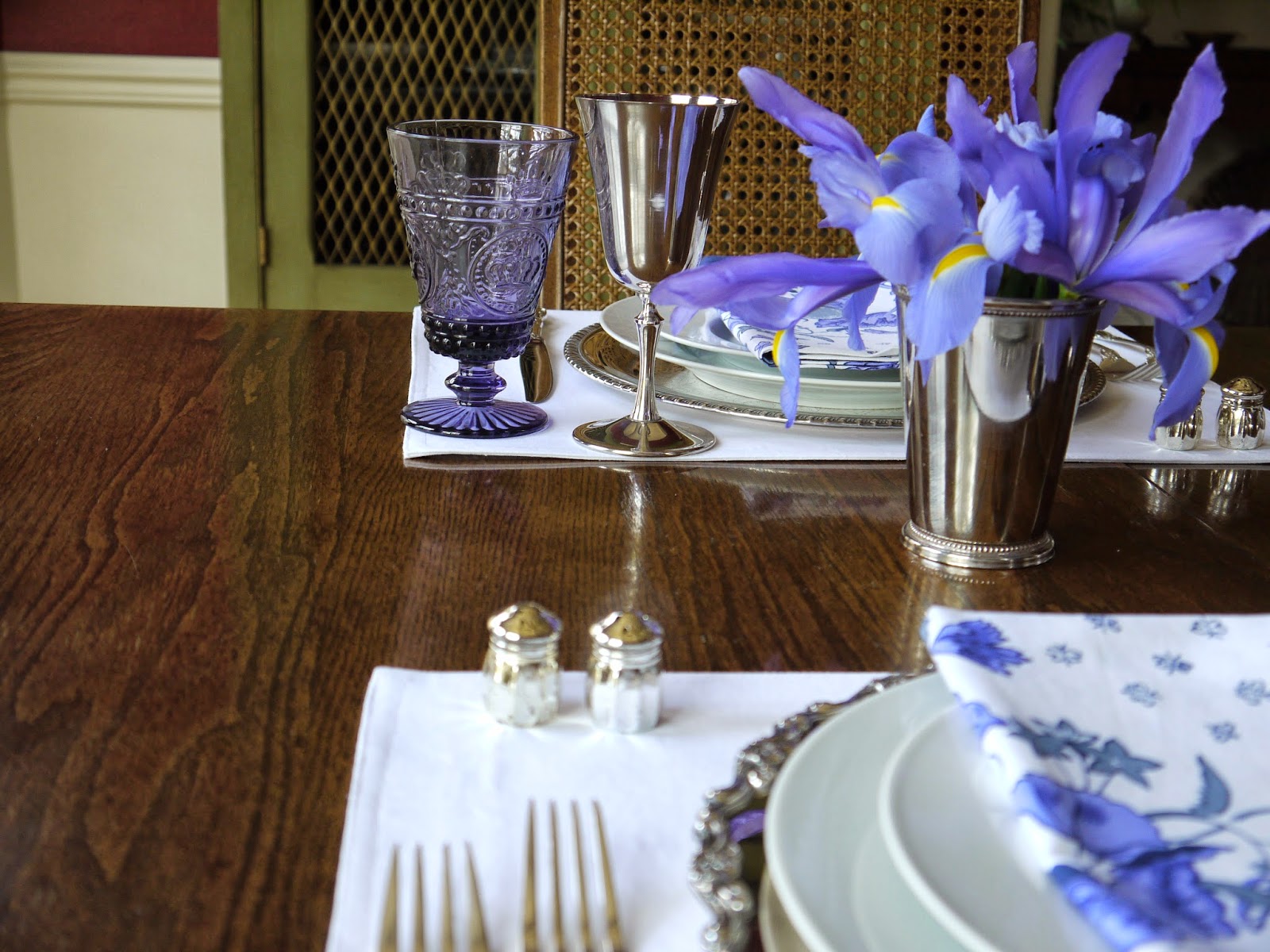 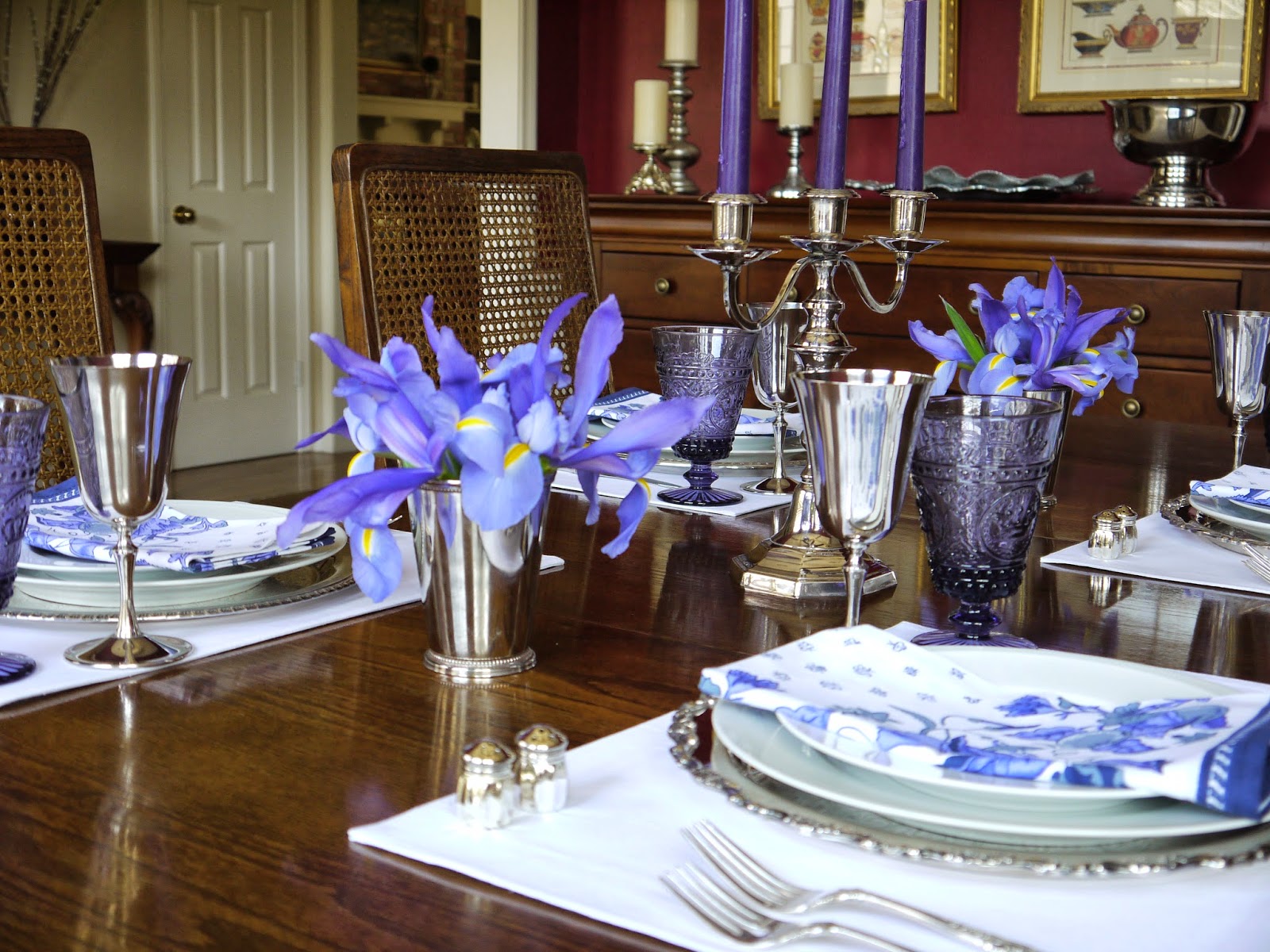 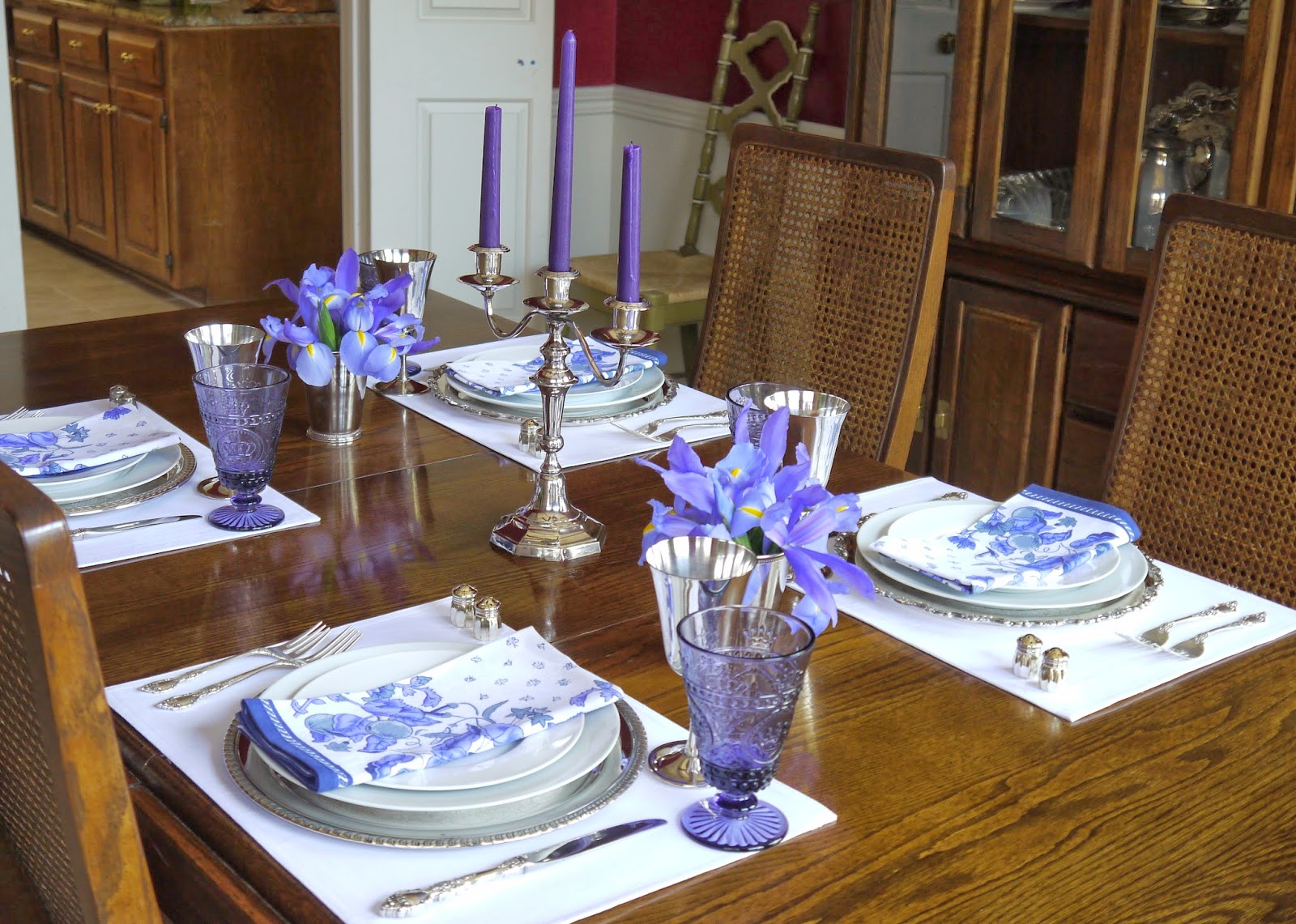 Thank you for visiting! I will be linking to Tablescape Thursday at Between Naps on the Porch later this week.
Posted by Tricia