My inspiration for this late September table came from some napkins I picked up on sale at Williams-Sonoma several months ago.  I have always loved sunflowers (don't most people?!), and I've looked forward to setting a table featuring sunflowers.  Our HEB grocery store obligingly advertised sunflowers as their weekly special, so I began to shop the house for the rest of the things needed to set a simple table. 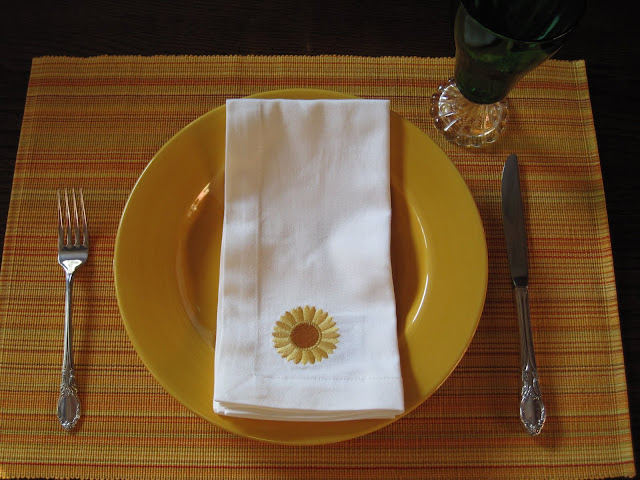 I started with some striped placemats from Crate and Barrel that repeat visitors have seen before, then added some dark yellow plates from Pier 1. 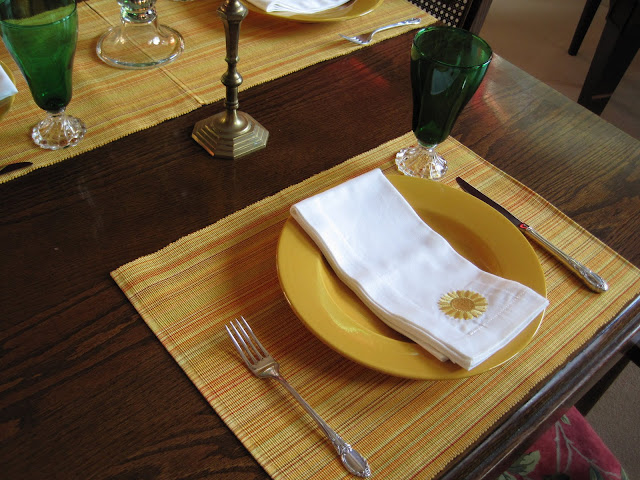 I included the green glasses my father-in-law gave us earlier this year when he moved into a retirement apartment.  I used this tablescape (with a few more placesettings) when hosting our daughter's family and my father-in-law, and he told us that the glasses originally belonged to my mother-in-law's parents.  Her father managed a grocery store in Mississippi, and the glasses were some sort of premium back in the 1940s.  I was interested to learn that the glasses were older than I'd thought, and it was fun to see my grandchildren drink from glasses their great-great grandparents had owned!  The pattern is Inspiration, by Anchor Hocking, and is also called Burple -- but Inspiration sounds much nicer! 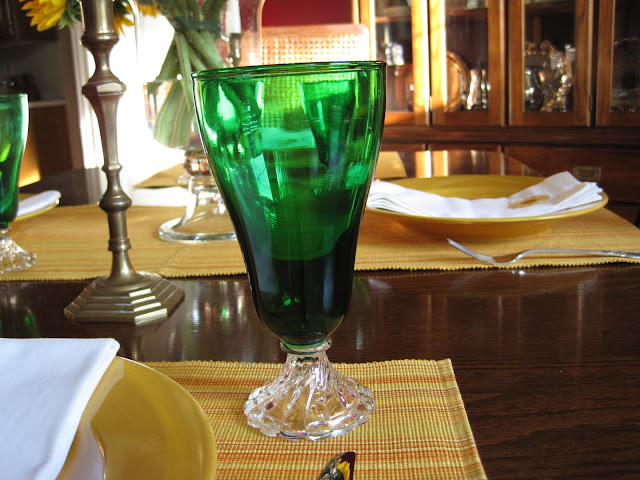 The silverplate is also from my in-laws' collection, purchased to augment their silver when hosting large dinner parties.  I was able to identify the pattern on Replacements.com as Wm. A. Rogers' Park Lane, but it's apparently also known as Chatelaine or Dowry.    Any ideas why it would have three different names? 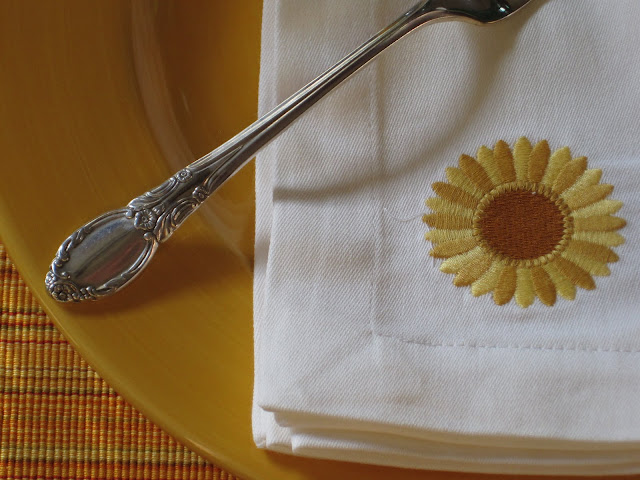 Here's the whole table, with the stars of the show -- the sunflowers!  They can be tricky to arrange, so I used florists' tape to bind the stems together so they'd behave in the vase.  You might also notice that I've turned two placemats into a runner across the center of the table, to add a little interest. 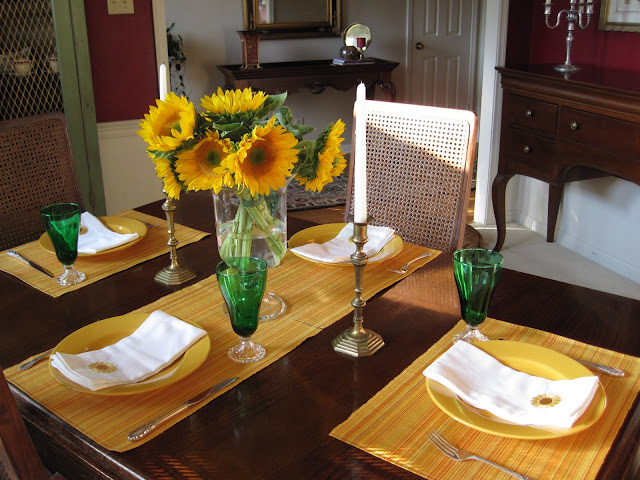 Here's one more look at these wonderful flowers.  I'm writing this post almost a week after taking the photos, and the sunflowers still look great in my dining room. 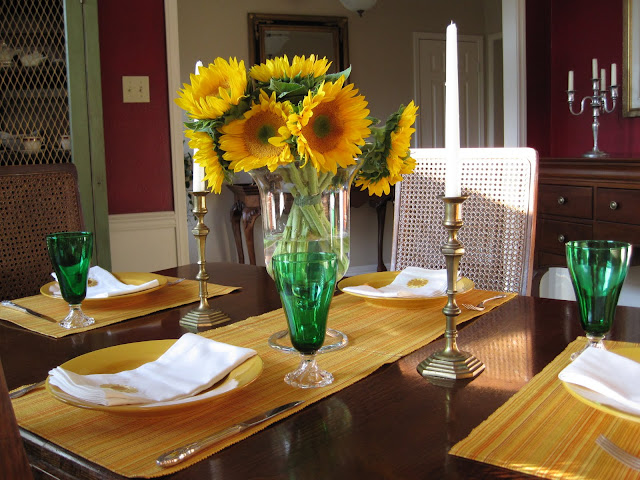 Thank you for stopping by!  I hope you will leave a comment before you leave to visit all the wonderful tablescapes at Susan's Between Naps on the Porch!