We have had a fun Christmas with our daughter and her family visiting!  They drove up on the morning of Christmas Eve.  My granddaughter arrived in time to help put the finishing touches on our table for Christmas Eve dinner. 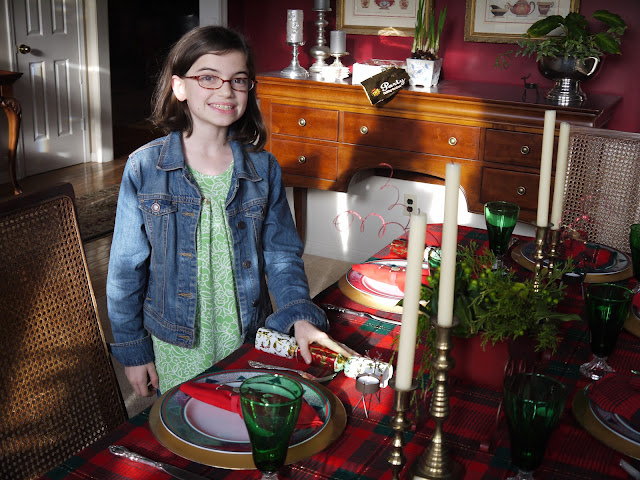 I almost always use this plaid tablecloth that I've had for years on Christmas Eve.  The emerald green glasses originally belonged to my husband's grandparents, and I've enjoyed using them since they were passed down to us. 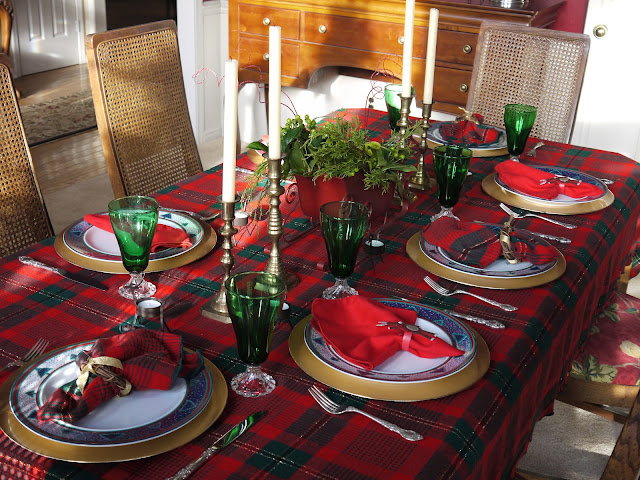 A couple of new elements this year included these reindeer napkin rings, purchased at Crate and Barrel after Christmas last year, 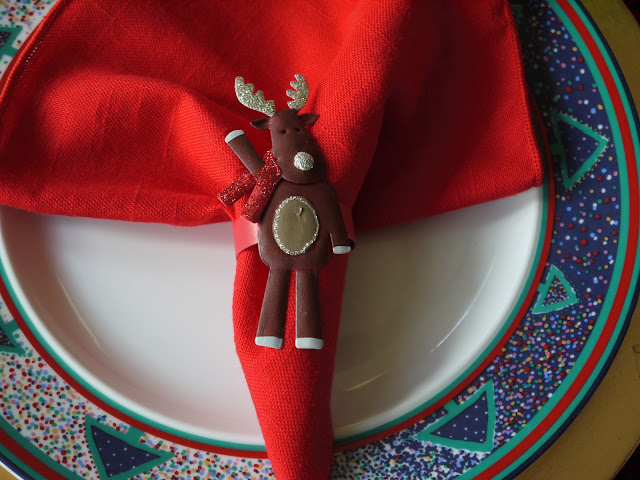 and these reindeer tea light holders, a surprise from my husband more recently. 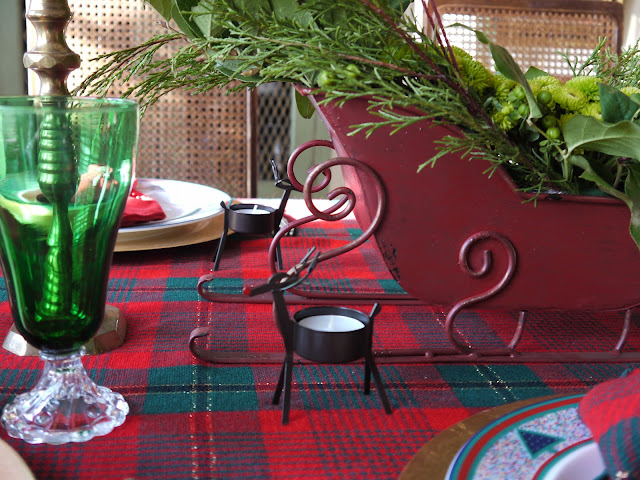 The sleigh that I filled with greenery, "Kermit" mums, and hypericum berries is also new. 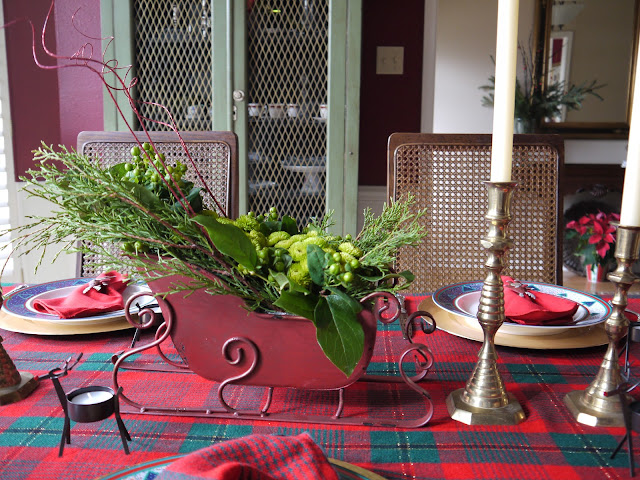 Since I only have six of the matching plaid napkins, I alternated them around the table.  The placesetting included the dishes I use throughout December, Dansk Winterfest. 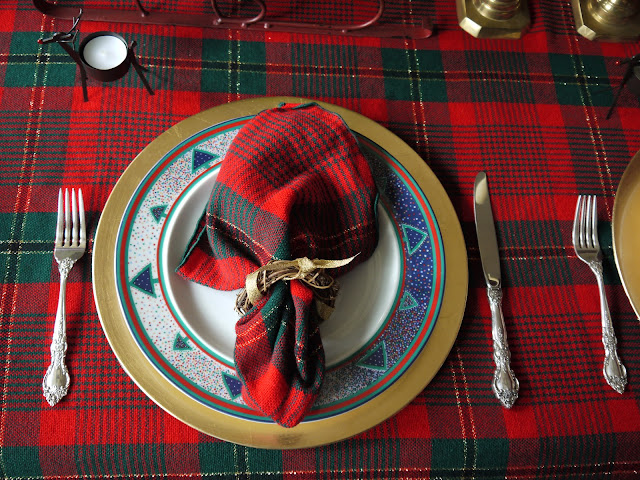 After the sun set, I took a candlelight shot, managing to capture the blue hour. 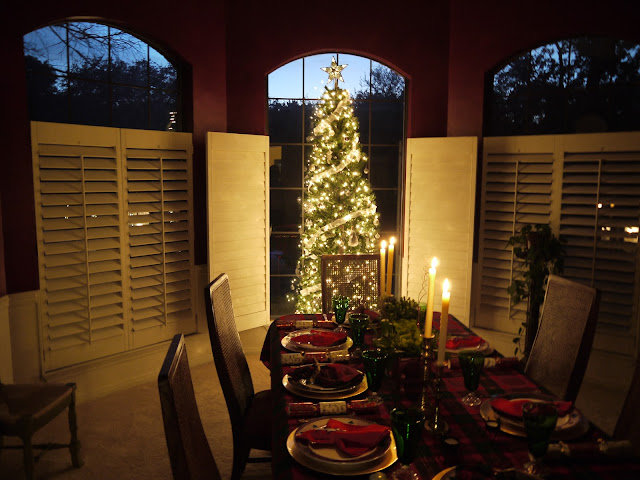 After dinner, the grandchildren posed for the traditional Christmas Eve photo. 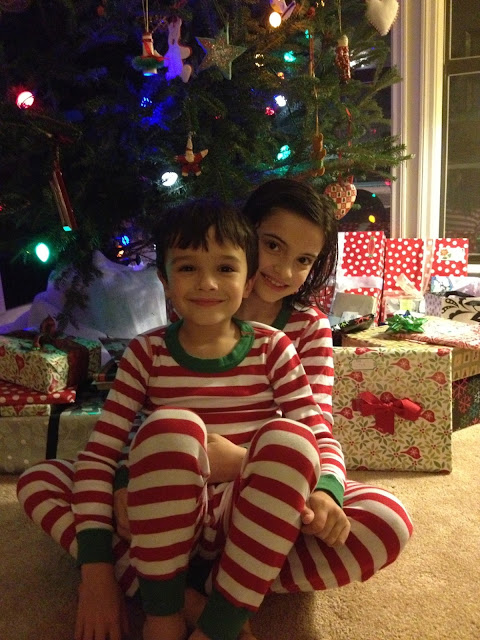 Here is the tree on Christmas morning, before the children came in to find what Santa left for them. 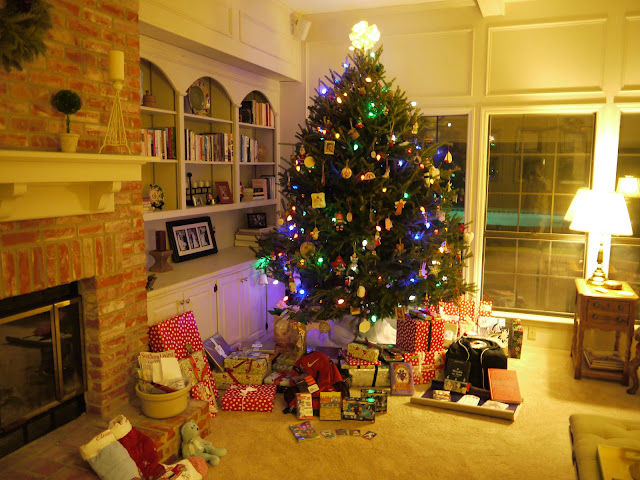 After we opened gifts, it was time to set the table for Christmas dinner.  I used the same sleigh centerpiece and brass candlesticks, but everything else was different.  I wanted to use my grandmother's china, so I chose this paisley tablecloth and napkins in dark red, green, and gold. 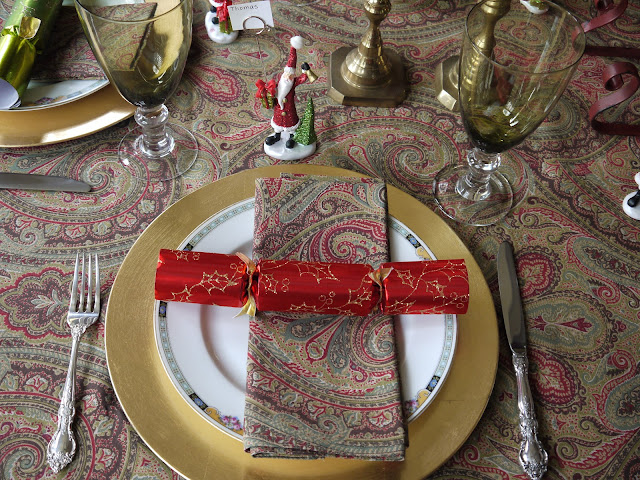 I also used the cute Santa placecard holders that my sister gave me last year.  Here's the one marking my 90 year old father-in-law's place . . . 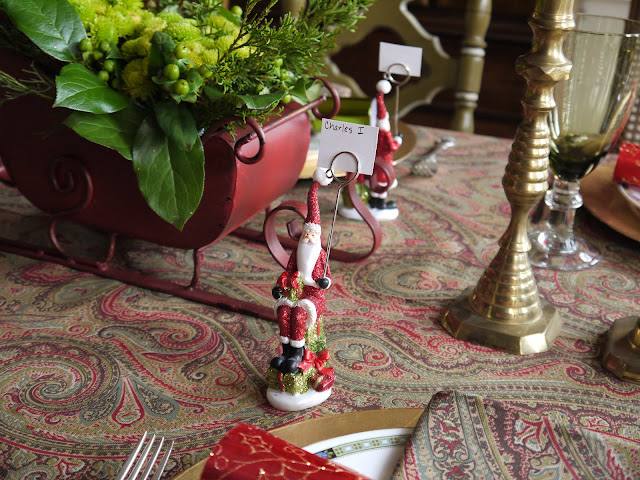 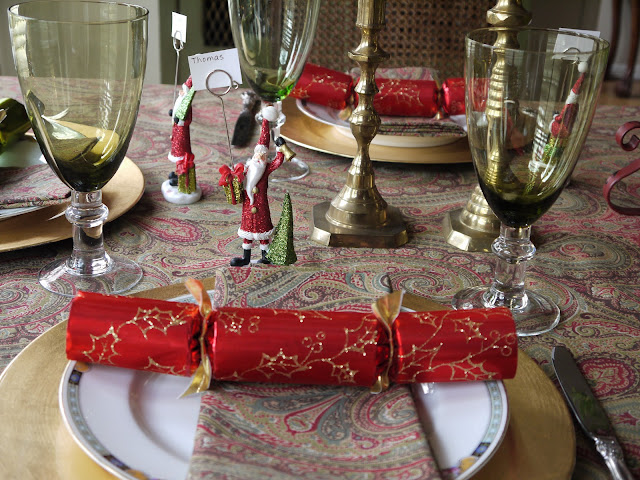 Here's a look at the table. 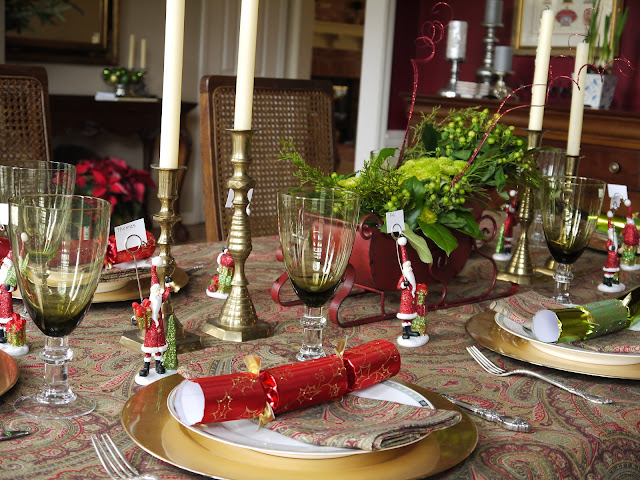 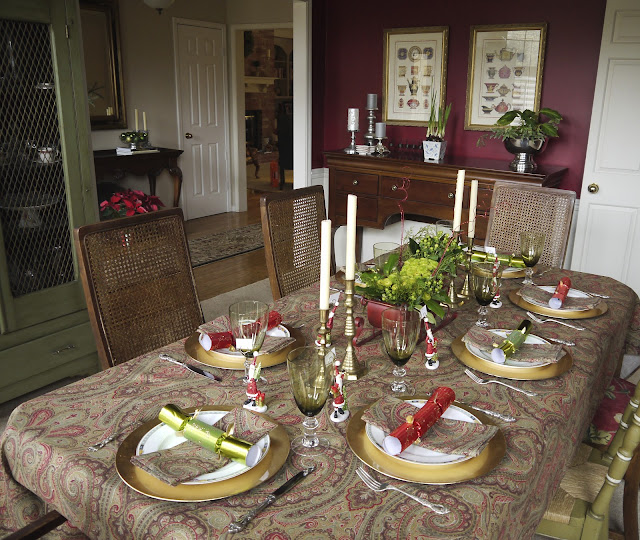 Again this year, we were blessed to have four generations around the table.  Thank you for visiting!  I will be linking to Tablescape Thursday at Between Naps on the Porch and Let's Dish at Cuisine Kathleen.